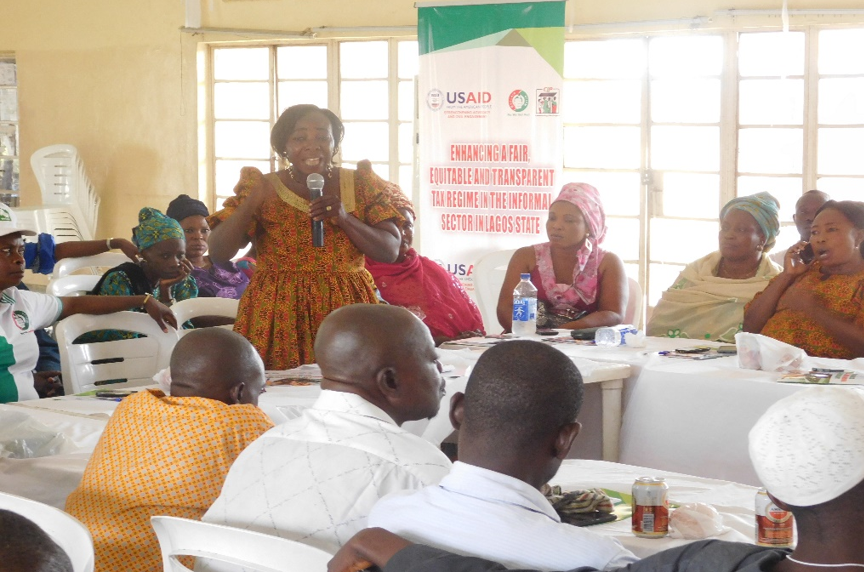 A member of the Isolo Hairdressers Association urging members to pay their taxes at the Training of Grassroots Leaders of Informal Sector Associations in Lagos.

Community Life Project (CLP), with support from USAID-SACE, is working with Informal Sector Workers and the Government to promote transparency in the sector and increase compliance rate. Part of the outcome of a Research we carried out on Informal Sector Taxation recommended the:

1. Inclusion and Proper Consultation of Informal Sector Workers
2. Consolidation of all Taxes/Rates/Tariffs
3. E-Payment Systems
4. Giving Tax Breaks or Some form of Incentives to Organised Groups:

Community volunteers visited St. John's Pilot Nursery and Primary School, Iye Ekiti. It was founded in 1920. Some of the challenges facing the school as reported are: